skip to main | skip to sidebar

"Being is no longer the essential matter to be thought."

This epistemo-theo-logy is founded on what might be termed the ‘Epistemological Difference’ – a fundamental distinction between awareness or consciousness as such and all that there is an awareness of .

Epistemo-theo-logy recognises a pure and universal Awareness (Sanskrit chit) rather than ‘Being’ (Sanskrit sat) as both ultimate reality and the essence of the Divine. In doing so it is accord with Heidegger’s own remarks that: “Being is no longer the essential matter to be thought” and that: “If I were still writing theology – I am sometimes tempted to do just that – the expression ‘Being’ should not figure in it.”

Whereas ordinary 'ego-consciousness' is a type of 'intentional' or 'focal' awareness - awareness 'of' something - Indian thought has long acknowledged a ‘non-intentional’ dimension of consciousness, one that has the character of a pure and spacious awareness field which - like space itself - both embraces and transcends everything that we can possibly be aware 'of' within it.

Yet whether presented in the form of 'philosophy of mind' or 'phenomenology', 'neuroscience' or 'cognitive science', 'noetic science' or 'consciousness studies', Western thought continues to ignore this non-intentional or field dimension of consciousness. Stubbornly clinging to the notion that consciousness is the private property of individual 'subjects', it cannot conceive of 'subjectivity without a subject' - a 'universal consciousness' or 'absolute subjectivity' of the sort that Indian thought understood as the ultimate source and essence of all individualised consciousness. Instead Western philosophy and psychology both confuse 'self-awareness' with an awareness 'possessed' or 'owned' by a being or body, subject or self - rather than as an awareness of being and of selfhood - an awareness which, in the terms of Indian thought, is not 'yours' or 'mine', the property of an ego or 'I', but the very essence of the Divine.

It was because of the entrenched Western notion of 'subjects' of consciousness that Heidegger initially rejected a phenomenological language of subjectivity in favour of a language of being. Yet right from the beginning, Heidegger's thinking implied that what is most primordial to the human being is not their being as such ('Dasein') but an awareness of being. And in the later language of Martin Heidegger we find words such as 'The Open' or 'The Illuminating Clearing', all of which point to a primordial 'space' or 'light' of awareness - one that is neither a product of any body or brain nor the private property of any subject or self, 'ego' or 'I'.

In 'Heidegger, Phenomenology and Indian Thought' Peter Wilberg shows the proximity between this language and those schools of Indian thought (Kashmir Shaivism in particular) which recognise a pure, universal and non-intentional dimension of consciousness - an Awareness (Chit) inseparable from and yet more primordial than the Existence (Sat) of any being. In a series of essays he explores further the deep resonance between Heidegger and Indian thought already intuited by Medard Boss, explicating those non-egoic and non-intensional dimensions of subjectivity or awareness unrecognised in Husserlian phenomenology - and obscured too by the persistent Eurocentrism of Western academic philosophy in general and its distorting and egocentric interpretations of Indian thought in particular.

SUBJECTIVITY WITHOUT SUBJECTS – RELIGION, SCIENCE AND THE SUBJECTIVE UNIVERSE

HEIDEGGER AND THE GODDESS - FROM THEORY TO THEOSIS
Posted by Peter Wilberg at 2:13 AM No comments: 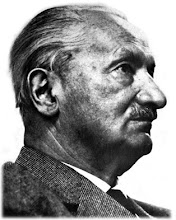 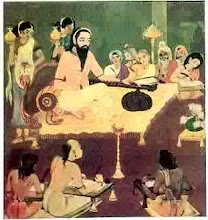